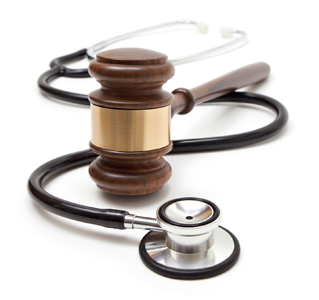 The Department of Justice announced on March 23, 2018, that Massachusetts based medical device manufacturer Alere Inc. and its subsidiary Alere San Diego have agreed to pay the U.S. $33.2M to resolve False Claims Act violations. The DOJ alleged that between January 2006 and March 2012, Alere knowingly sold unreliable point-of-care testing devices marketed under the trade name Triage. Triage devices were designed to aid in the diagnosis of acute coronary syndromes, drug overdose, heart failure, and other medical conditions. The devices were used in emergency departments where prompt decisions are critical to patient care. Alere.com states:

The Alere Triage System is a leading novel, rapid diagnostic test system comprised of a meter and various test devices that improve a physician’s ability to aid in the diagnosis of critical diseases and health conditions including heart failure and myocardial infarction as well as aid in assessing patients for pulmonary embolism.

Dr. Burton Bentley II, CEO of Elite Medical Experts, served as the expert in the qui tam while under seal and continued as the expert as the case advanced.  During the investigation, Dr. Burton Bentley was called upon to give his expert analysis and clinical opinion on point-of-care devices used in emergency departments and to review statistical data regarding the devices’ accuracy. Dr. Bentley describes his integral role in the initial exploration and subsequent qui tam filing:

How did your serving as a qui tam expert witness come about?

I was initially called by Ken Nolan at Nolan, Auerbach & White.  Ken is the leading healthcare qui tam attorney in the U.S. and he had been contacted by the relator (whistleblower).  After he and I discussed the case, it quickly became apparent that — if the allegations were true and the machines were producing erroneous lab data — someone could get hurt.  The case grew from there and I remained on board as an expert.

What qualifications do you have that made you a fit for this expert witness assignment?

As an emergency medicine physician on the front lines of using and interpreting point-of-care patient data, I knew firsthand the importance of data accuracy, particularly when it concerns a critical decision. All diagnostic tests have some margin of error, but when the margin of error is too high the result becomes unreliable. If that yields a false negative result, it would place the patient directly in harm’s way. That is particularly true when the test result is used to determine the presence or absence of a heart attack. What could be more serious?

How was your analysis and testimony effective in the DOJ investigation?

Based upon my investigation, we were able to link the clinical and statistical worlds by showing how inaccurate data generated by the device could result in direct patient harm. At that point, it just became a matter of letting the facts and data speak for themselves.  $33.2 million later, it looks like they had a lot to say.

The settlement resolved the matter without any determination or admission of liability. The lawsuit is captioned US ex rel. Wu v. Alere San Diego, et al., No. GLR-11-CV-1808.